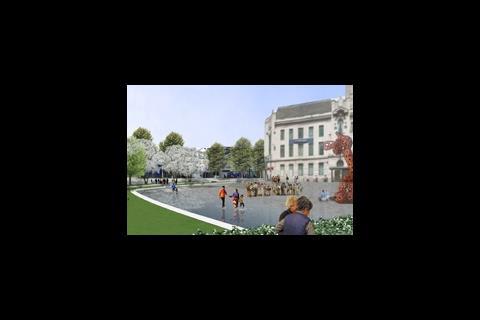 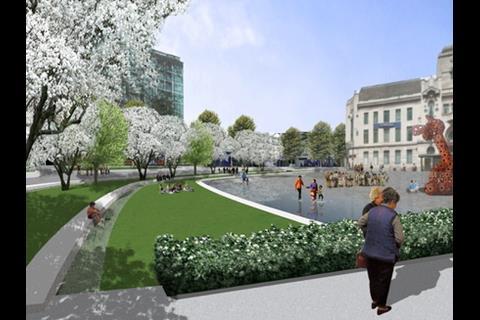 Landscape architect Gustafson Porter, which designed the Diana Memorial water feature in Hyde Park, is to redesign two squares in central Woolwich as part of Greenwich council's regeneration of the town.

The design for General Gordon Square will centre around a paddling area - as did the Diana Memorial until a series of safety incidents meant that paddling had to be banned.

In addition to Gustafson Porter, the winning team selected from 39 entrants to the international design competition to redesign General Gordon Square and Beresford Square includes consultants Arup, Space Syntax and the Fountain Workshop.

Other entrants in the competition - which was run by Greenwich council in partnership with Design for London with funding from Transport for London and the London Development Agency - included teams led by Square Gross Max, Lab Architecture, Latz & Partners and John McAslan and Partners.

Funding for the project, which forms part of the mayor of London's 100 Public Spaces Programme, has been provided by the Department for Communities and Local Government and by Transport for London, as well as being partly sourced from planning gain contributions.

Peter Bishop, director of Design for London, said: “We were greatly impressed by the quality of the entrants to the competition and delighted with Gustafson Porter's appointment, which brings another world-class design consultant into the ongoing regeneration of Woolwich.

"It goes to show the value of open competitions in attracting top-quality designers to work on improving London's public spaces.”

Neil Porter of Gustafson Porter said: “We intend to create two well-functioning squares that will help Woolwich in its regeneration effort, which will be distinctive and memorable and enjoyed by local people for many years to come.”

The landscape architect will proceed to produce detailed design options for both squares, with construction work to start in autumn 2009 and be completed by 2011.

The firm previously won a RIBA award for its design for Old Market Square in central Nottingham - the second largest public square in the UK after Trafalgar Square.