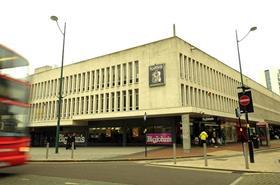 Plans by Hammerson to redevelop a shopping centre in the middle of Birmingham have moved a step closer after the 1960s precinct was denied protected listed status.

The Department for Digital, Culture, Media and Sport (DCMS) has provisionally approved a Certificate of Immunity from Listing (CoI) for The Square, in Corporation Street, which sits at the gateway to the new HS2 terminal.

Brutiful Birmingham, a campaign group which aims to preserve the city’s 20th century architecture, applied during the summer for The Square to be listed but this was countered a few weeks later by Hammerson which lodged the application for a CoI.

Government heritage body Historic England assessed both applications before submitting its reports and advice to the DCMS so it could make the final decision.

Secretary of state Jeremy Wright has now determined not to list The Square in line with Historic England’s advice and is “minded to grant a CoI”.

A 28-day review period, which began on 14 December, allows representations to be made to the government before the certificate is either withdrawn or made official.

Hammerson bought the site (pictured) outright in 2015 and is in the early stages of drawing up major regeneration plans as part of the Martineau Galleries project.

A statement from the retail specialist, which ownes the city’s Bull Ring, said: “We are pleased to have received confirmation that our application for a CoI has been recommended by Historic England.

“This site is a strategic priority for the city and has been designated for development for the past 10 years.”

Brutiful Birmingham said in a statement: “We are very disappointed this decision has been made which potentially allows the developers to demolish this complex.

The building, previously known as Priory Square, opened in 1966 and was designed by Sir Frederick Gibberd, the man behind Liverpool’s famous Metropolitan Cathedral, itself grade II* listed.