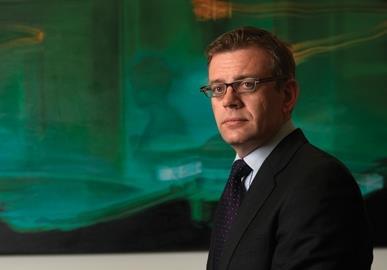 Jon Emery, Hammerson’s head of development in the UK, is to leave the company.

Emery, who has worked for Hammerson since 1989, is to move to Dubai in October to join the board of the Majid Al Futtaim Group, a full-time post.

The 42-year-old was behind some of Hammerson’s most famous developments, including the £330m Birmingham Bullring and the Oracle in Reading.

He said: “I feel that Hammerson has come a long way in the past 20 years, and I’m proud to have contributed to that. I just felt the time was right to pursue new challenges. If you have a passion for development, the Middle East is the place to be at the moment.”

The news has come as a shock to many in the industry. Emery changed the way retail developments look by introducing architects such as Future Systems and Foreign Office Architects to a sector traditionally dominated by monolith mega-malls.

One industry source said: “It must be a shock to Hammerson. It’s a little bit like Ronaldo leaving Manchester United.”

When asked if his move was prompted by the downturn in the property development sector, he said: “No. I have always been driven by optimism, and this is an opportunity-led decision.”

He was upbeat too about Hammerson’s future. “The company’s been through it before, and it will again. I’ve no worries about the downturn.” However, commentators are expecting a sharp drop in development by commercial property companies, with Hammerson losing 38% of its stock market value in the last 12 months.

Emery will leave after overseeing the completion of Hammerson’s retail schemes at Cabot Circus in Bristol, and Highcross in Leicester.

His new employer is developer of the Mall of the Emirates in Dubai, the largest shopping centre outside North America.