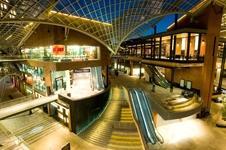 Commercial property giant Hammerson will not start any new developments until the end of 2009, as the credit crunch continues to bite.

The firm said in a statement to the stock exchange this morning that the downturn is hitting its business, and that “no major new developments will start before the end of 2009”.

However, it added that it is still on course to spend £200m on construction in 2008 and has completed four big retail schemes in recent months.

The firm also said it is continuing to progress planning and design and prelets on several schemes, while “limiting further capital expenditure”.

John Nelson, chairman of Hammerson, said that the financial market turmoil is having a “major impact on real estate markets leading to caution on the part of occupiers and a sharp decline in investment activity”.

He added: “These challenging conditions are likely to persist for some time. Nevertheless, I believe the group is in a good position to benefit when conditions in real estate markets improve.”

The firm said that occupancy rates in its properties have fallen from 97.7% to 95.5%, but this is mainly because of the recent completion of four schemes in the past quarter.

Hammerson has recently sold the Moorhouse office building in the City of London for £152m, incurring a loss of £17m on its book value.

Cabot Circus in Bristol is one of three major retail schemes opened by Hammerson in September 2008, including Highcross in Leicester and O'Parinor in Paris