Exclusive: Laing O’Rourke, Skanska and Lend Lease are among those off the framework, as housebuilders do well under new deal 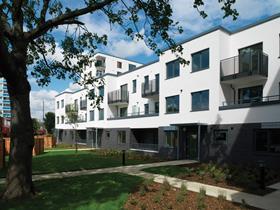 Major contractors including Laing O’Rourke, Skanska, Mace and Lend Lease have lost their place on the Homes and Communities Agency’s £4bn housing framework in favour of a raft of major housebuilders, Building can reveal.

The Homes and Communities Agency (HCA) has spent a year re-tendering its Delivery Partner Panel framework, which is designed to allow it and other public bodies to find partners to build homes on public land quickly.

The existing framework, which has seen £2.8bn of work on 27,000 homes tendered since 2010, was criticised by a number of major housebuilders for containing a large proportion of contractors.

The latest version, which is split in to four regional lots and does not cover London, will give volume housebuilders Barratt, Bellway, Linden Homes/Galliford Try, Persimmon, Redrow and Taylor Wimpey each a place on all of the four lots. Housebuilders Bellway, Bovis, Bloor, Durkan, Fairview, Morris and Redrow have all won a place on one or more of the lots for the first time.

Richard Hill, HCA deputy chief executive, said he estimated £4bn of work, measured in gross development value, would go through the panel in the four years from 1 April. The HCA has expanded the framework for the second version, with 46 companies getting a place on it, compared with 27 the first time round.

Laing O’Rourke and Skanska have not made it on to the latest panel, despite the prioritising housebuilding. In 2011 Skanska pledging to build 800 homes a year by 2015. Laing O’Rourke invested in a housing prefabrication facility in Steetley, Nottinghamshire.

Previous suppliers Mace, Ardmore, Lend Lease and Headcrown Group are also not on the revised framework. Mace was on the first framework in a JV with Hadley Property Group, while Ardmore had been in partnership with developer First Base. However, it is understood that a number of these suppliers, including Mace and Ardmore, did not reapply for a place on the national framework. Building was unable to confirm whether other contractors that had lost their place on the framework had put in bids.

The HCA’s Hill denied the body had favoured major housebuilders, saying the agency had simply picked the best bids.

He said: “The procurement was about who’s got a track record on delivering housing. It was a very fair and open competition and we’ve picked the best submission.

“The main point is that people can deliver. That’s the most important criteria.”

Hill said the agency was keen to see a variety of providers building homes, and said there were a number of contractors and housing associations on the new panel. Contractors Rydon, Willmott Dixon, Mansell and Higgins all appear on the list for the first time.

In total 25 firms will be included on each of four regional panels - Midlands, North, South-east and South-west. Panellists will be invited to take part in “mini competitions” for individual schemes, which Hill said could take place in a matter of weeks.

The announcement comes as publication of a similar panel for London, tendered by the Greater London Authority (GLA), has been held up after queries from bidders. A GLA spokesperson said it was “hoping to be able to announce all the details of the panel next week.”

A spokeperson from Ardmore, one of the companies that chose to focus only on the London panel this time around, said: “We decided that we should focus our activity into London where we have a core strength and over 3000 units currently on site. We made inaugural use of the panel in London and support this initiative.”