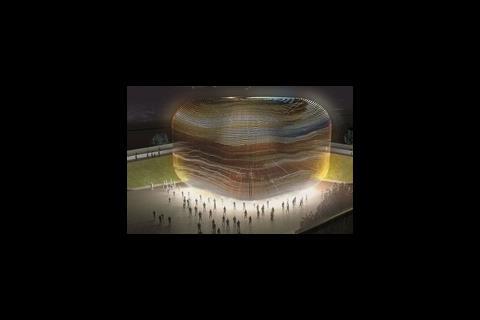 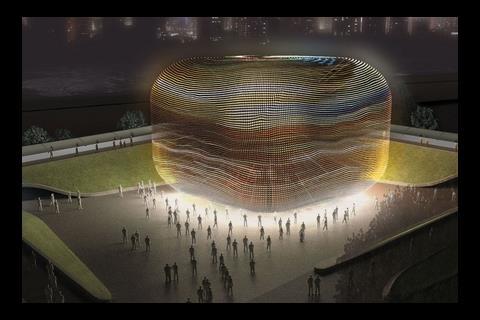 A team including Heatherwick Studio and Adams Kara Taylor has won the competition to design the UK pavilion for the Shanghai Expo in 2010.

The design team, which also includes designer Casson Mann and technology engineer Atelier Ten, beat competition from five other design teams. The competition was judged by a jury chaired by Trade and Investment minister Digby, Lord Jones of Birmingham and including leading figures from the British design and architectural community.

The winning concept creates a single enclosure clad in a mass of spines that hovers above a public square without apparent visible support. Each spine is tipped with a tiny coloured light source which can be programmed with a variety of images, colours and messages. The spines move freely in the breeze to create a patterned facade.