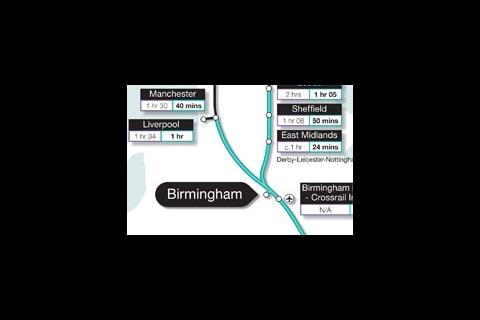 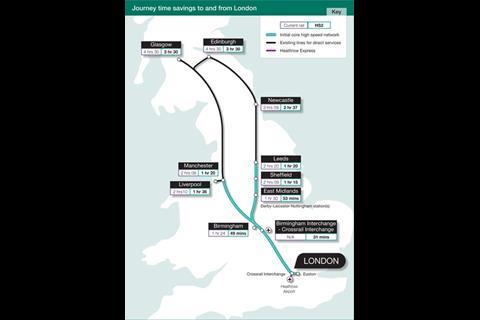 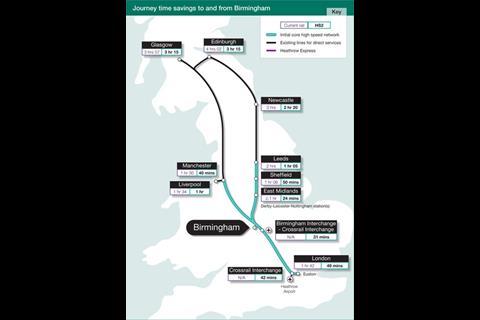 The route would link the capital to Birmingham, Manchester, the East Midlands, Sheffield and Leeds with trains running at up to 250 mph.

Under the proposals the line would start at Euston going to a new Birmingham City Centre station at Fazeley/Curzton Street.

A full public consultation on the first phase, running from London to Birmingham and costing £30bn, will begin in the autumn, and detailed planning work will also start for route options between Birmingham to Manchester and Leeds. Consultation on these is set to begin in 2012.

The government proposes to secure the powers to deliver any high speed network by means of a single Hybrid Bill. Depending on the outcome of consultation and Parliamentary timescales and approval, this should allow construction to start after the Crossrail scheme is completed from 2017 with the high speed network opening in phases from 2026.

Adonis said: "Over the next twenty to thirty years the UK will require a step-change in transport capacity and connectivity both to promote and respond to long-term economic growth.

"High speed rail would be by far the most effective way to achieve this step-change, offering a balance of capacity, connectivity and sustainability benefits unmatched by any other option.”