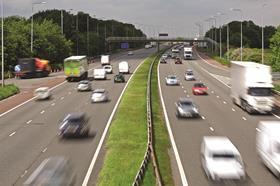 Highways England has signed a deal with 11 contractors across the country to carry out resurfacing works on motorways and major A roads more quickly.

The framework will be worth up to £3.3bn over the next four years and has been split into 12 lots, divided by regions and major and small renewal jobs.

Two firms have been appointed to each lot.

Highways England’s executive director of operations Nick Harris said: “We know that drivers want and deserve good quality, safe roads which is why since 2015 when Highways England was created we have replaced more than 4,400 miles of road surface.

“This new arrangement will help us tackle uneven road surfaces faster, in a more cost effective and efficient way – keeping journeys safer and offering smoother journeys for the millions of drivers who use our roads every day.”

Tarmac Trading and Aggregate Industries came out on top, each scooping five of the six regional lots for projects worth more than £1m.

Paul Fleetham, managing director of Tarmac Contracting, said: “We’re delighted to be awarded a place on this framework which is a reflection of our proven experience and outstanding track record of sustainable and efficient project delivery.”