Balfour Beatty has been named as the contractor for the scheme 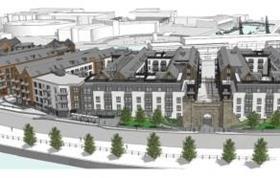 Homes England has thrown its support behind the second phase of a regeneration project in Bristol.

The £43m construction works needed for the second phase of Wapping Wharf are set to start in May, after developers secured support from Homes England.

Balfour Beatty has been appointed to build the scheme.

The contractor has been working closely with the Wapping Wharf Living team since February 2017 to help with design, methodology and logistics of the project.

The first phase of Wapping Wharf delivered 200 homes, which are already complete and occupied. Phase two is expected to be completed in 2020.