Hopes fade for rethink on next year’s IR35 launch date

Hopes the government might delay introducing IR35 tax reforms next year look set to be dashed after firms this week began receiving letters from HMRC telling them to get ready for the changes which will come into force next April.

Last month, HS2 minister Andrew Stephenson told an AGM for trade body Build UK that the government was keen to “reflect” on a host of tax changes due to come into force over the next two years. 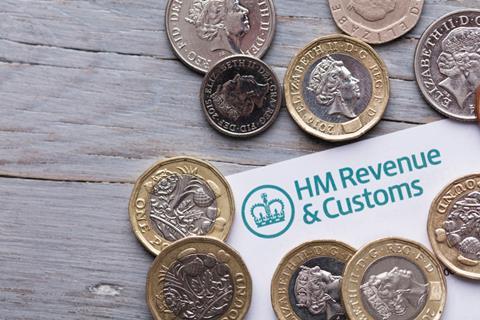 The delayed reverse VAT charge will also go live next spring while tax relief on red diesel is due to end in April 2022.

Asked about the changes last month, Stephenson said: “The Treasury [is] keen to hear views from the industry, we’re keen to take all that on board and think about this and reflect.”

But this week mailshots from HMRC began dropping on industry doormats telling recipients to start planning for the upcoming changes.

In the letter, seen by Building, people are told: “Please see the attached factsheet regarding the changes to the Off-payroll working rules (IR35) which will be introduced on 6 April 2021. This factsheet sets out the full programme of education and support that HMRC is offering to customers to help them prepare for the changes.”

It adds: “We recognise that businesses are facing difficult challenges due to covid-19. HMRC is providing information and support now to ensure businesses have plenty of time to prepare for the changes coming into effect in April 2021. Many contractors and organisations have already begun doing so, and any preparation now will remain valid for April 2021 when the rules change.”

One tax specialist said the news would be a body blow to firms and individuals already having to battle the fallout from the covid-19 pandemic.

Hudson Contract managing director Ian Anfield said: “This announcement will go down like a lead balloon with companies and freelancers fighting for survival in a difficult trading environment with the constant imposition of new lockdown restrictions.

“In the best of times, businesses and freelancers found the HMRC guidance on IR35 difficult to follow, causing confusion and concern over liabilities. The latest set of guidance runs over hundreds of pages and invites companies to attend online seminars which HMRC plans to run between now and April next year. The confusion has created a vacuum for bad advice.”

An HMRC spokesperson said: “As HMRC, we can only implement the policy which is still planned for April next year. Any decisions on policy change would be made by HMT [Treasury] ministers.”

Earlier this year, HMRC delayed the introduction of IR35 for 12 months to help businesses and individuals deal with the economic impact of covid-19.

A proposal by former Brexit secretary David Davis to delay the introduction of the IR35 tax reforms beyond April 2021 was defeated in parliament in July.