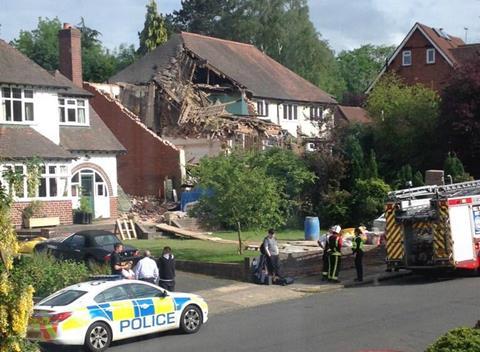 The property, in leafy King’s Norton, is understood to have changed hands recently, after being marketed for £475,000.

However, the entire gable end of the six-bedroom home was reduced to rubble on Sunday afternoon.

The Birmingham Mail reported that the property, in Beaks Hill Road, was empty at the time of the collapse.

It added that the property had reportedly changed hands a few weeks earlier and that builders had already started work.

The incident had been referred to the Health & Safety Executive.