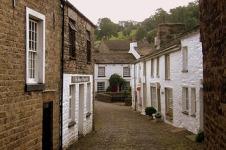 The house price recovery is being underpinned by a lack of supply, a UK housing market survey published today by the RICS has revealed.

The net balance of chartered surveyors recording rises rather than falls in house prices reached a positive reading of 22 in September, up from 10% in August, and the highest result since May 2007, when the net balance was 25%.

Leading the upturn in prices is the south of England, where the net balance of surveyors reported rises rather than falls for London and the south east.

But Wales, Yorkshire and Humberside each registered negative net balances.

Despite suggestions in August that vendors were starting to return to the market, a net balance of just 4% of surveyors reported that new instructions had increased in September. This compared with a reading of 12% in August.

The pace of buyer interest slowed for the third consecutive month, with the average number of unsold properties on surveyors books remaining unchanged at 64. The number of surveyors reporting a rise in new buyer enquiries in London dropped from 71% to 45%.

Commenting on the results, Ian Perry, a RICS spokesperson said: “A lack of supply is still underpinning the rise in house prices with new instructions to estate agents only edging up very gradually.

“Meanwhile despite the problems first-time buyers are continuing to encounter in securing finance, the level of enquiries from potential purchasers is increasing. This imbalance between demand and supply suggests that house prices will move higher in the near term.”