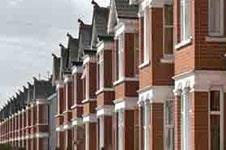 Sales activity in the housing market is rising faster than at any time since May 2007, according to the latest survey from the RICS.

It said 21% more surveyors saw more new instructions than those that saw less in March, up from a balance of 16% in February. However, the number of new buyers appearing on the market stalled, resulting in fewer surveyors than February reporting price rises.

The net balance of new buyers was zero – meaning the volume of new buyers was stable on last month, and the balance of price rise was 9%, down from 18% in February. In addition the expectation of future price changes slipped into negative territory, at -2%, as the number of sales per surveyor slowed.

RICS spokesperson, Ian Perry said: “For the time being, many of the key housing market indicators are still positive or stable. However, with stocks increasing and sales decreasing we may see some modest price falls in some regions although London, the South East and Scotland are continuing to perform well.”