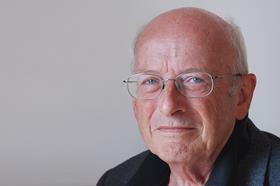 Raynsford, who stepped down as an MP in 2015 and was last week unveiled as chair of new shared ownership developer Heylo, said the white paper was a step forward but that the government’s rhetoric was “out of line with reality”.

The white paper, published in February, reversed the previous Cameron government’s policy of removing all subsidy for rented housing, and proposed new measures to ensure local authorities planned for enough housing in their areas.

Launching the white paper, communities secretary Sajid Javid said it would fix the UK’s “broken” housing market, enabling the construction of many more houses. Government figures show 168,350 homes were built in 2015-16, still 22% behind the pre-credit crunch high of over 215,000 in 2007-08.

Raynsford praised the reversal on subsidising rent, but said: “The government’s provision for social rented housing remains weak and inadequate.”

He added: “It is not clear how the policies can deliver the numbers needed, and any targets have been airbrushed out of the picture.”

He said delivery of the white paper was largely reliant on other departments, such as the Ministry of Defence, making land available for housing, and that genuine blockages around local authority borrowing and housing associations rent levels had not been addressed.

Raynsford was speaking following the launch of Heylo, which has an ambition to make £1bn of institutional funding available for the development of shared ownership housing.

The firm has already raised £300m of funding from the Lancashire County Council pension fund and the London Pension Fund Authority.

Heylo aims to promote the development of shared ownership housing by buying up the shared ownership element of private schemes delivered under section 106 obligations and by working on partnership deals with local authorities.

Previously, shared ownership homes have been managed by housing associations as a secondary business to their principle role of letting homes for rent.

Raynsford said: “We’ve got a big opportunity to change the scale of shared ownership operation, with an organisation that is looked at differently by investors, local authorities and developers.”