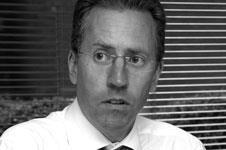 Housing Association rents are governed by a formula that limits annual increases to the retail price index plus 0.5%. With news reports widely indicating that the Treasury is predicting September’s RPI at –3%, the sector is potentially facing a government-limited rent reduction of 2%, a decrease in annual income for the sector estimated by various bodies at £175m-260m. According to the National Housing Federation, this means that, until the economic situation improves, 4,000 fewer new affordable homes would be built every year.

Actually, things could be even worse for their build programmes. After all, the RPI is a blanket figure and makes no allowance for the cost fluctuations in the key elements of specific activities. So, if the concern is the provision of new affordable homes, the sector must look at construction costs. These are heavily influenced by oil prices (currently on a strong upward trend) and, with some countries coming out of recession, material costs could well start to flatten or even rise.

And although the UK’s base rate may be at an all-time low, lending rates remain at a premium – especially for new developments. With many migrant workers returning to eastern Europe, resulting in a much-depleted pool of skilled labour, wages too could potentially become more robust.

Housing associations may therefore have to meet 2010/2011 new-build targets with reduced rental income, rising costs and lower income from cross-subsidy. Furthermore, to ensure they do not breach the terms of their existing financial arrangements, they will need to review their business plans.

If financial analysis shows that rent reduction will lead to decreased income in real terms, housing associations may be forced to reduce their new-build programmes or other services, or limit the specification of their new-build homes. Level four of the Code for Sustainable Homes is likely to become a requirement for publicly funded housing in England from 2012. But with an added cost of £3,000-10,000 per dwelling, such enhancements may be unattainable in the short to medium term.

This potentially significant drop in income for housing associations will only intensify development problems, making it more likely that fewer sorely needed homes are built.

Paul Miller is a partner in construction and property consultant calfordseaden

Article appeared in magazine as: Living with lower rents