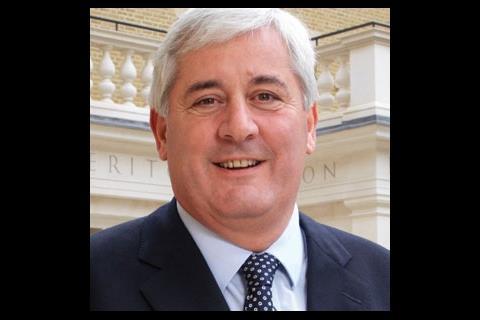 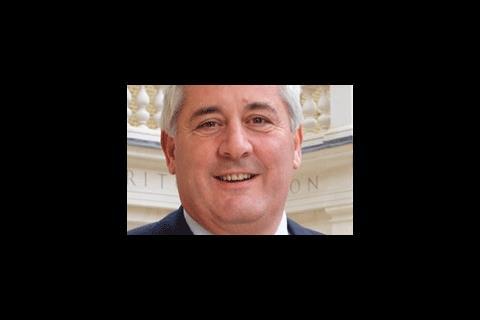 Paul Drechsler, Building’s 2009 chief executive of the year, talks about his five years with Wates

Paul Drechsler was recently asked whether he had fallen in love with the construction industry after five years at the helm of Wates.

The 52-year-old chief executive joined the family-owned firm in September 2004 after 24 years with chemicals giant ICI. Last week he was crowned chief executive of the year at the 2009 Building Awards.

“It’s a bit difficult for an Irishman to talk about his feelings like that,” he joked.

Despite artfully avoiding the question, he still exudes a newcomer’s wonderment at the industry’s ability to change landscapes and lives.

Referring to Wates’ recent regeneration of a Glasgow tower block, he said: “I remember driving up to it and realising just how much we had changed the community. It looked sexy compared to how it did two years ago. Sexy by builders, can you imagine that?”

His silver tongue and sense of fun mean he is a more magnetic presence than many of his peers, but there is a steely restiveness behind the charisma. Some say his mind can appear to be in two places at once when you’re talking to him and he bounds quickly around the room at industry events. Few in the industry can charm as many people in such a short time.

He recently said that, after five years, he no longer feels like an outsider and thinks the industry can play an integral role in lifting the UK out of recession.

He said: “This industry, more than any other, offers significant solutions to economic challenges by investing in building and infrastructure. Rational people see this as a great opportunity.”

This industry, more than any other, offers solutions to our economic challenges

The problem the industry has in winning this argument, he says, is the poor job it does in selling itself to those in power. “We need to communicate the scale of the opportunities. The money is there, it’s just about prioritisation – so the sooner the government has a high-quality chief construction officer in place the better.”

Not that Wates has suffered as much as some. Under Drechsler’s leadership its turnover has risen from £631m to £1bn since 2004, while pre-tax profit has grown from £3.5m to £47.1m.

It has helped pushed the profit margin to 4.7%, which is about double the industry average. Before the credit crunch bit, he said: “My aspiration is the magic 5% figure by 2012 at the latest. I passionately believe what we do is worth a lot more than 5%.”

More importantly, the company has £170m in the bank. A year ago he talked about making the first acquisition in the company’s 111-year history but has prudently put that move on the backburner.

He knows that one wrong move would scupper his ultimate goal – to hand over the company to the next generation of the Wates family in better shape than it is today. He says: “It’s important there’s nothing hidden in the cupboard that will come out and bite us. The family loves the business and wants to be in it for the long term.”

The Wates family has always been at pains to point out he has free rein at the company and most agree he has done a good job picking his way through the minefield of being an outsider running a family company.

Asked which member of the family will eventually take over, he turns on the humour again. “I go to all the kids’ parties so I know the next generation has a significant number of feisty young ladies to run the company and there’s a good chance they’ll be at the other end.”

A short history of Paul Drechsler

He joined ICI in 1978 and became chairman president of ICI Brazil in 1992. Throughout the nineties he was chairman or chief executive of a number of subsidiaries and became executive director of the group in 1999.

He is the senior independent director of plastic and fibre products supplier Filtrona, a member of the Trinity College Dublin business school advisory board, chairman of the CBI’s energy policy committee and a member of the Business In The Community committee on business action on economic renewal.

His favourite musician is Eric Clapton. “I’m fanatical about music. The Live Aid DVD is the best collection of live music ever, with 10 hours and an outstanding Queen set.”

The 2009 chief executive award was sponsored by KPMG.