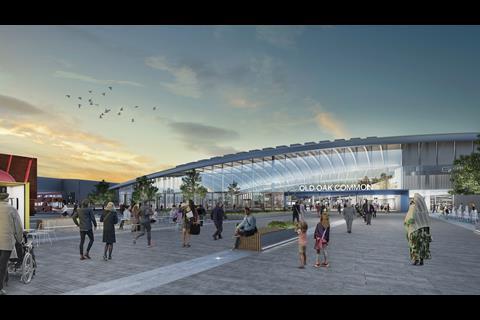 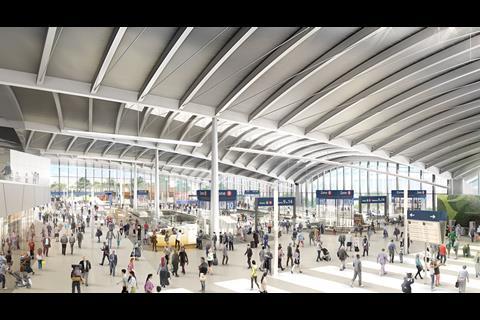 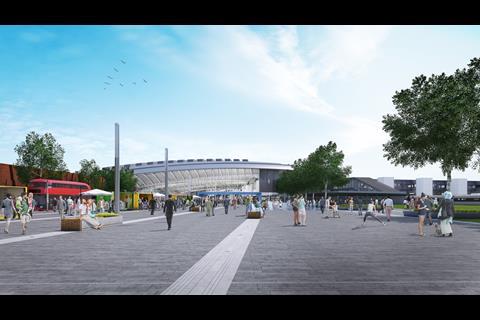 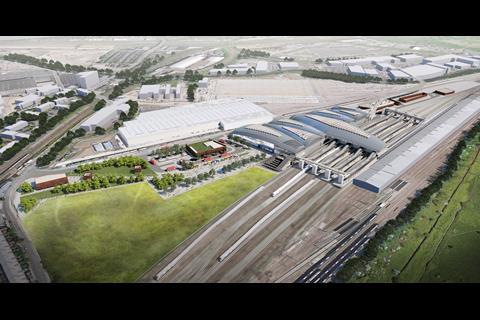 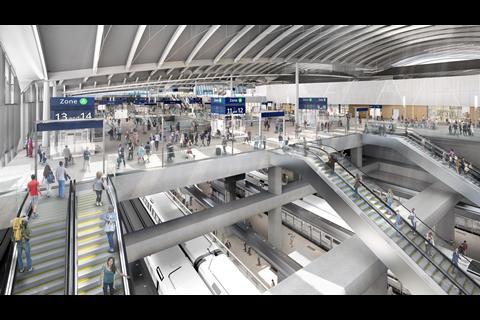 HS2 has revealed the latest designs for its west London hub at Old Oak Common.

Designed by a team led by WSP and Stirling Prize-winning architect Wilkinson Eyre, the station is set to be a key rail interchange, with an estimated 250,000 people passing through every day.

The high-speed platforms will be situated underground with an integrated connection to the adjoining conventional station at ground level via a shared overbridge providing connections between HS2 and Crossrail into central London and Heathrow airport.

The six 450m long HS2 platforms will be built in a 1km long underground box, with twin tunnels taking high speed trains east to the terminus at Euston and west to the outskirts of London.

READ MORE: ‘Nobody knows’ how much HS2 will cost, admits ousted chair

The current station design also includes the potential for provision of future services to Wales and the west of England from Old Oak Common.

The station will be built on the former Great Western railway depot at Old Oak Common.

A joint venture between Skanska and Costain is currently working to clear the site and prepare the ground for the start of construction, later this year.

Four teams are battling it out for the scheme with the winner on this job, which has a pricetag of £1.3bn, and its £1.65bn sister station at Euston due to be announced by the end of next month. Erith is currently on site carrying out enabling works.

Local residents and businesses have been invited to comment on the Old Oak designs, which are on display from today at the Collective, Nash House on Old Oak Common Lane and other local venues over the coming month.