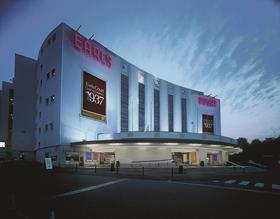 The Health and Safety Executive (HSE) has finished investigating concerns raised by London Assembly members over the redevelopment of Earls Court.

A spokesperson for the HSE said an inspector had done a full site visit in August and responded directly to the London Assembly members from the Labour, Liberal Democrat and Green parties to inform them that “no issues were found” in regards to the concerns raised over the handling of asbestos at the site.

The spokesperson added that the teams at the site were found to be “following suitable plans of work” and were adhering to a “high standard of housekeeping”.

Labour’s Nicky Gavron, Liberal Democrat Stephen Knight and Darren Johnson from the Green Party had written to the HSE’s Concern and Advisory team on behalf of residents living around the Earls Court exhibition centre.

The letter expressed concerns over Earls Court developer Capital & Counties (Capco) handling of the removal of asbestos from the site, claiming that Royal Borough Kensington & Chelsea Council, Capco and the HSE have “neither published nor given access to the Asbestos Survey and Risk Register to local residents”.

There is no legal requirement for the register to be made publicly available, the spokesperson said, but the inspector was given access.

Further concerns were also raised regarding claims around the change in plans to fully envelop the building, air quality, noise and vibration issues, but these the HSE spokesperson said were not within the organisations remit and were a matter for the Royal Borough of Kensington and Chelsea council.

Capco and Keltbray declined to comment on the outcome of the investigation, but in a previous statement a spokesperson for the firm said demolition contractor Keltbray was working “in accordance with the highest safety standards and in line with the plans agreed by all the relevant public authorities.”