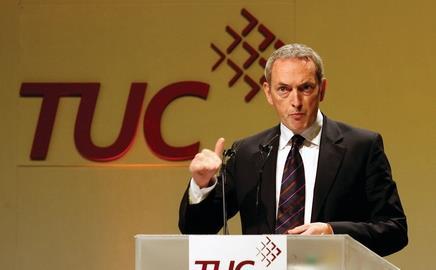 John Hutton, the business secretary, has dashed trade unions’ hope of the Gangmasters Act being extended to construction next year.

Speaking at the TUC conference in Brighton on Wednesday, Hutton said existing regulations could deal with worker abuse better than an extension of the Gangmasters Act.

He said: “These regulations are a better instrument because they can be very site-specific and they deal with the question of who is working on these sites.”

John Thompson, president of Ucatt, said: “The CDM regulations are to do with health and safety, and have no meaningful connection to agency labour. We are infuriated at this suggestion.”

The 2004 Gangmasters (Licensing) Act protects temporary workers in agriculture from exploitation by ensuring employment agencies are registered. Unions are lobbying government to extend the act to construction. A unanimous motion was passed in support of the extension at the conference.

Meanwhile, Gordon Brown used his conference speech on Monday to pledge “a British job for every British worker”.

Brown said the government was committed to doubling the number of apprentices in the UK to half a million by 2020. A new nationwide service would match apprentices with companies.

He said: “Let all of us work together to improve the keys to our future, the apprenticeships.”

Brown’s comments came two weeks after it emerged apprenticeship places in construction had fallen by 26% in the past year (31 August, page 13).