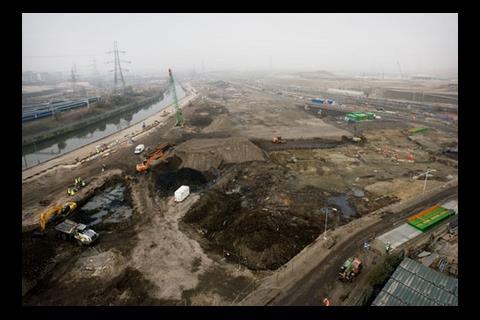 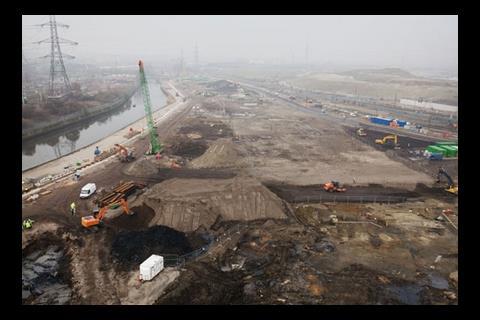 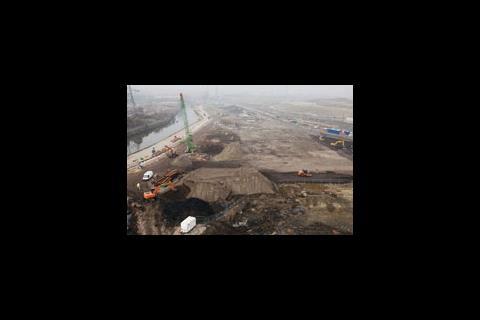 The Olympic Delivery Authority has released the latest images of the aquatics centre site.

The site for Zaha Hadid’s centre has been cleared and is on track for construction to begin by Bejing 2008, the authority said.

More than 500m of new river walls have been created, which will widen the river by 8m when the existing walls are removed later this year. Archaeological investigations have finished and evidence of a prehistoric settlement recorded.

When complete the centre will mark the entrance to the Olympic park from Stratford.

ODA chairman John Armitt said: “The aquatics centre will be the ‘Gateway to the Games’ in 2012 and in legacy will be a new landmark building for London, a new home for elite swimming and a new sustainable resource for the local community.

“The challenging site is starting to take shape ready for construction to start by Beijing 2008. Industrial buildings have been demolished and recycled, contaminated soil is being cleaned up and the waterways are being widened. The transformation of the site for Games and legacy is on track.”

The centre will host swimming, diving, synchronised swimming, water polo finals and part of a modern pentathlon. In legacy mode, the centre will be a 2,500 capacity swimming venue that can increase to include 3,500 seats.

Consultation on the venue ended this week and construction will start in summer.