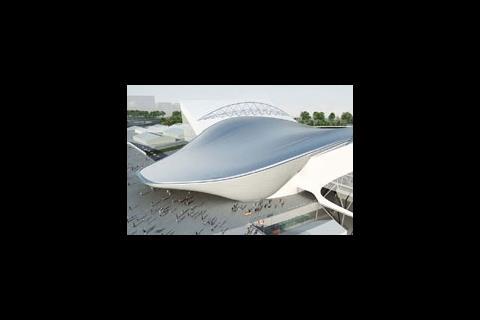 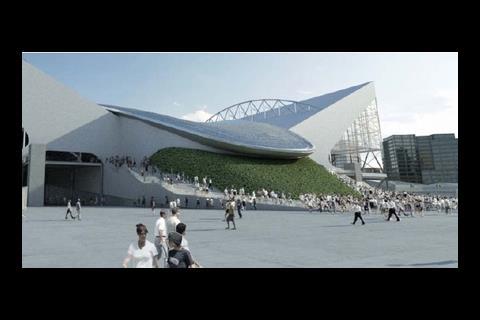 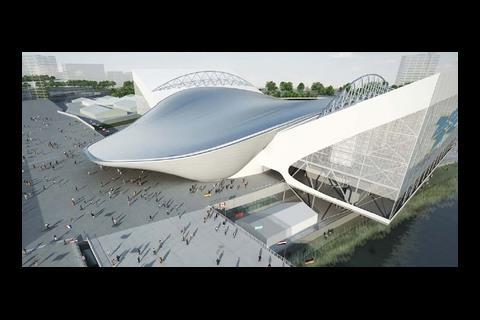 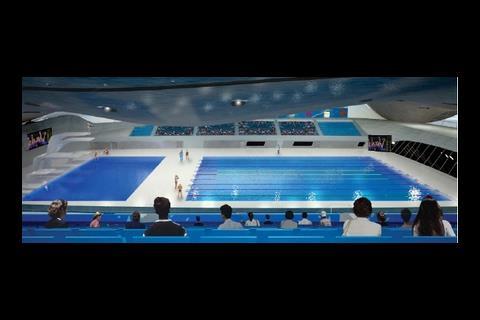 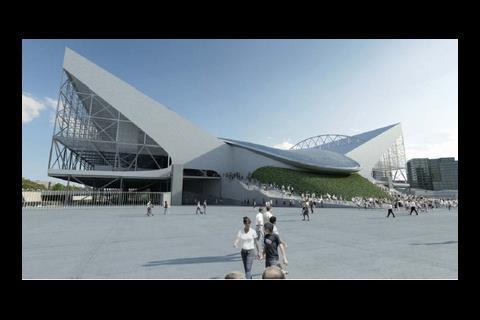 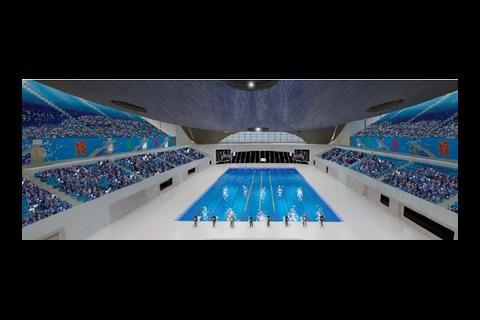 Zaha Hadid’s design has been hit three times with cutbacks due to costs. The proposed capacity of 17,500 spectator seats is now only achievable by the addition of two temporary stands to complement the venues permanent capacity, which has been reduced to 2,500.

When the centre takes on its legacy role as a facility for local clubs and community swimming the seating will be removed. After the games it will be reused in at other facilities.

The aquatic centre before and after - spot the difference?