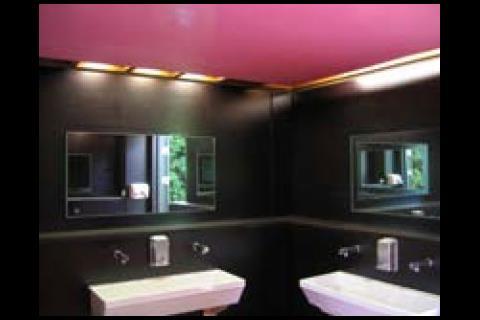 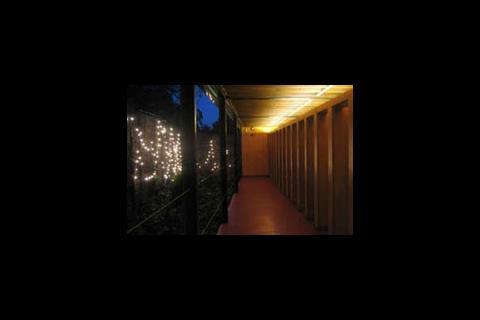 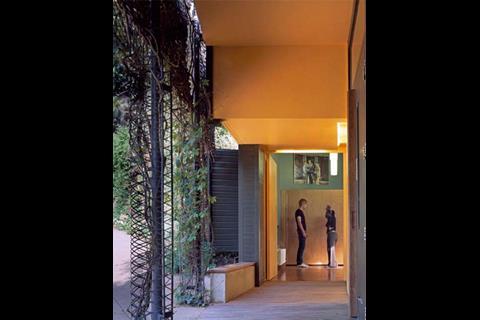 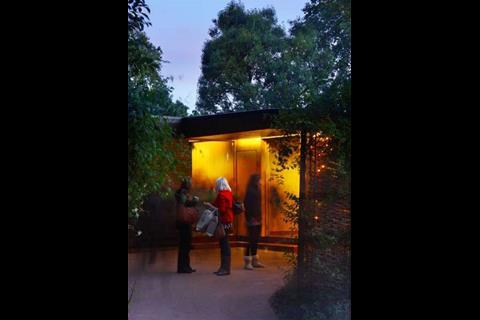 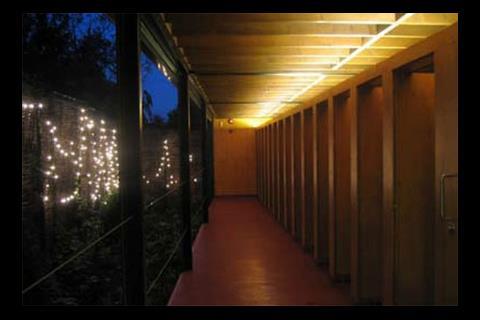 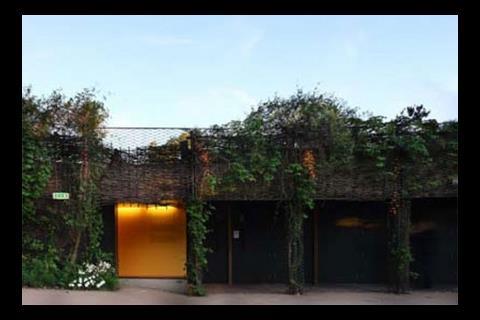 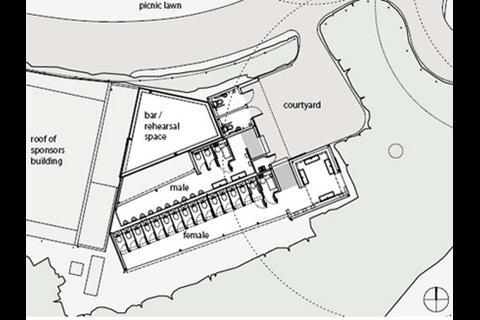 During the summer the theatre puts on two Shakespeare plays, a musical and a children’s production in a 1,200 seat outdoor amphitheatre hidden amongst the trees.

Designed as a series of events in the landscape, the £625,000 project includes new toilets for the theatre itself and a new bar and rehearsal area attached to the Robert Atkins Studio, a space for small performances and corporate events.

Partially dug into the ground, the bar and rehearsal area forms an introspective cave-like entrance to the studio which is currently accessed directly from a picnic lawn outside.

It provides a dedicated bar area for functions and is used as a rehearsal space during the day. A low strip window gives a view of the park floor and sun can flood down from an opening high on the west wall.

The new courtyard makes a discreet waiting space for those wishing to use the toilets. The cubicles themselves are made from spruce panels, opening directly onto the landscape.

Over the winter period and at night it is possible to close the whole facility up with roller shutters.

The additions have been completed in time for the opening of the summer theatre season.