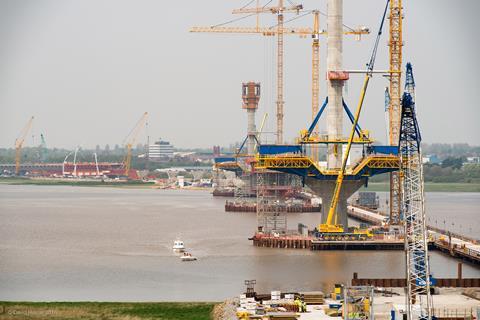 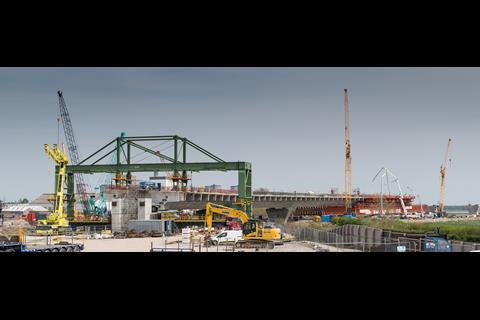 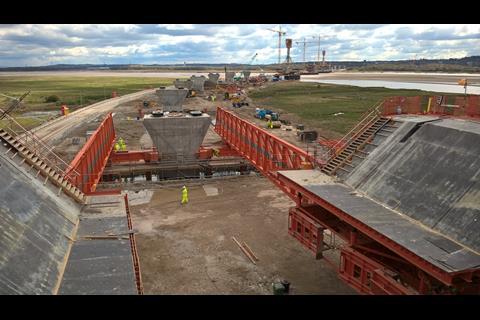 Construction on the £431m Mersey Gateway river crossing in northwest England is in full swing as the project enters its third year.

Work has started on the main deck of the new six-lane toll bridge that will link the towns of Runcorn and Widnes.

Overall, figures show the first two years of work have already contributed £129m of direct investment into the north-west economy.

The sum accounts for contracts placed by the Merseylink Construction Joint Venture - a JV including Kier and Spanish contractor FCC - with 351 different suppliers and sub-contractors based within a 30-mile radius of the site in Halton since work began in May 2014.