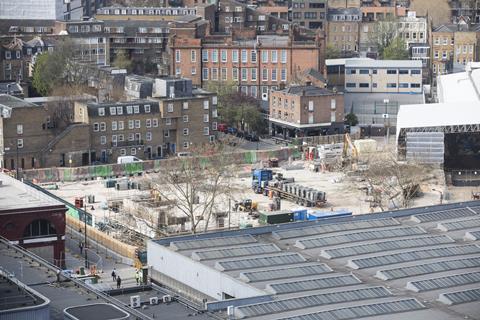 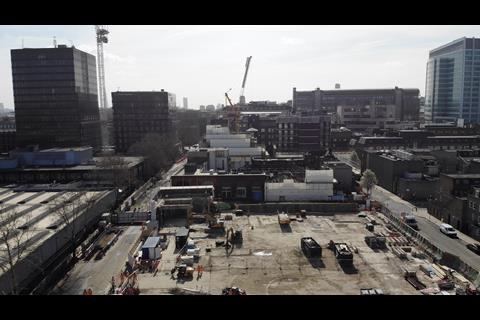 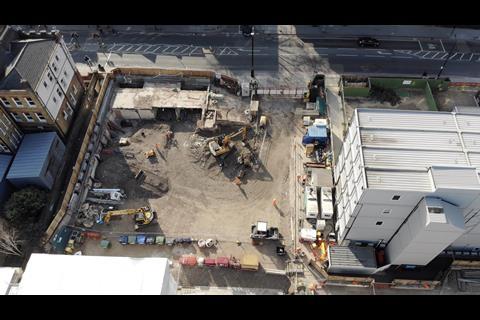 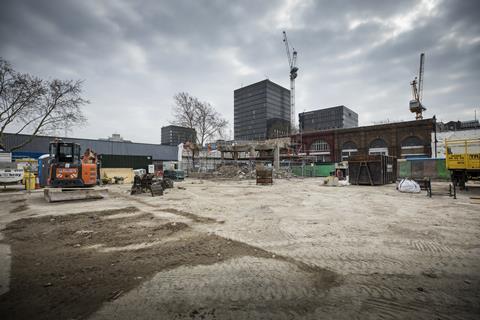 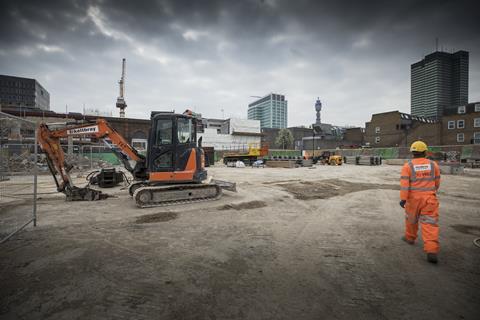 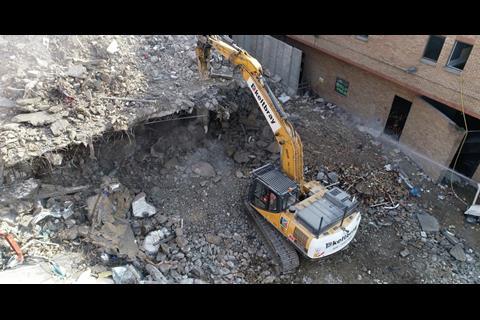 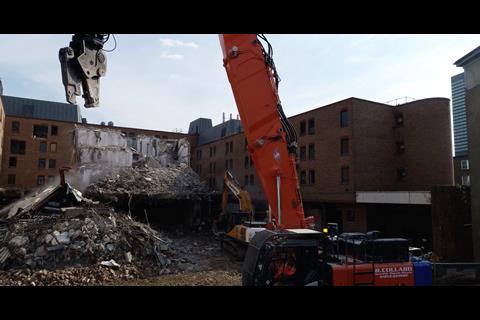 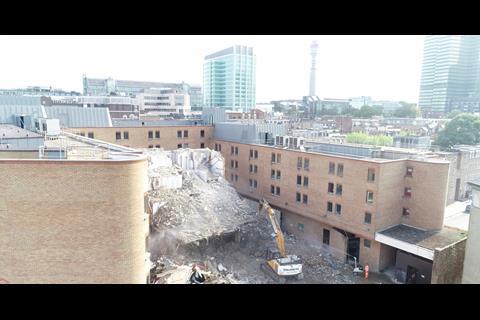 HS2 has completed two major demolition projects at Euston, meaning that for the first time the site where the new platforms and concourse will be built is visible.

The clearance of the former Ibis hotel and disused National Temperance Hospital buildings has been carried out by HS2’s enabling works contractor, a Costain and Skanska joint venture, working with subcontractor Keltbray.

The six-month demolition of the five-storey, 380-room hotel on Cardington Street, was completed this week, while the clearance of the nearby disused National Temperance Hospital has now also been finished.

This demolition was delivered in two stages, with the second half – the Insull wing – wrapping up this month.

More than 15,000 tonnes of material were removed during the demolition of the hospital and hotel with 95% set to be recycled or reused.

Across the capital, more than two thirds of demolition work has now been completed, with over 1,000 people at work on the project.

Last month, HS2 appointed a team featuring Mace and Dragados to build the new £1.6bn HS2 station at Euston, while Lendlease is working on a masterplan for the wider development of public land around the station that could deliver 2,000 new homes.