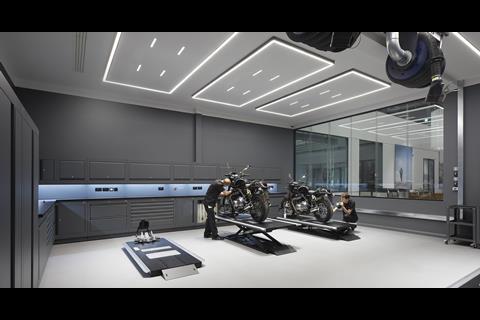 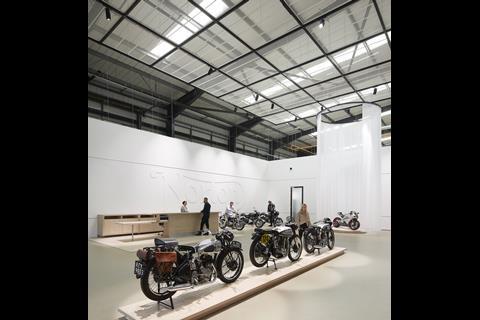 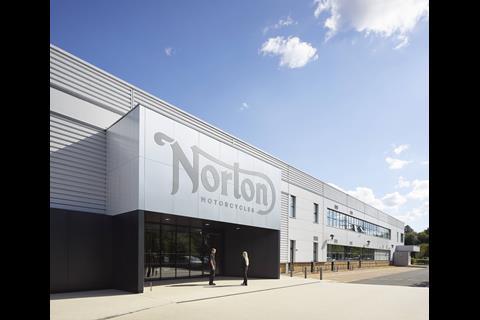 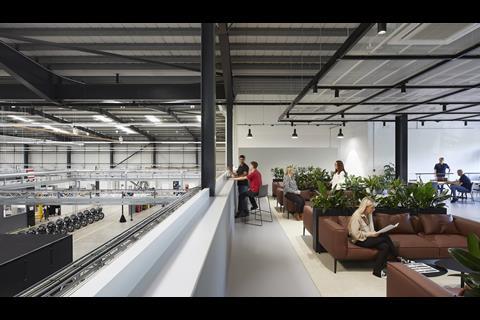 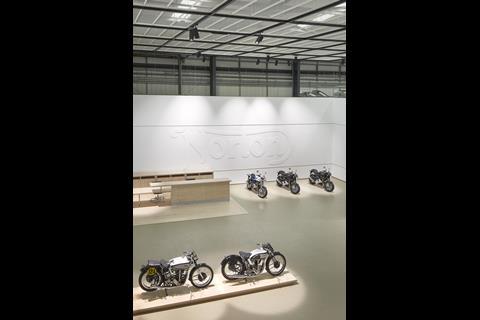 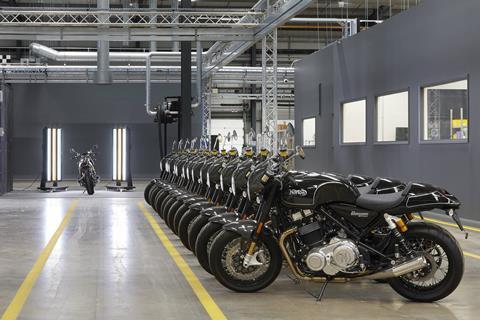 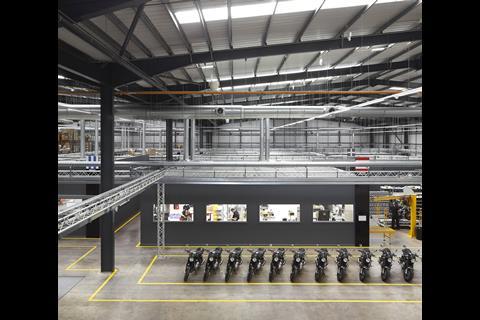 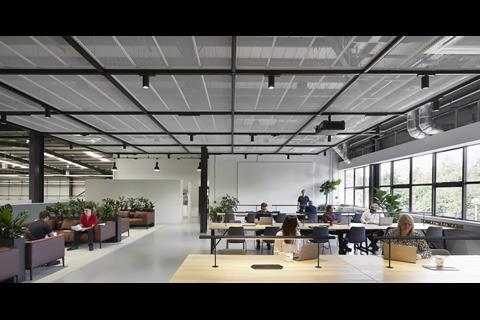 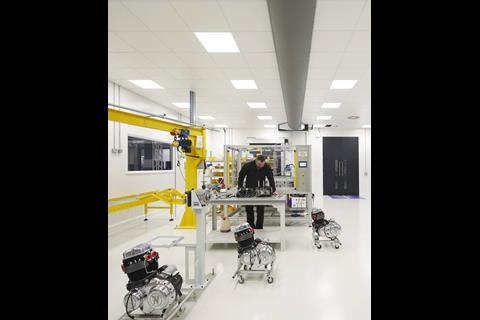 Morgan Sindall-owned Overbury has completed work on a new headquarters building for Norton Motorcycles in Solihull.

Designed by Bennetts Associates, the manufacturer has moved into an existing light industrial building which has been revamped to include a customer reception, service workshop, manufacturing, design and R&D studios as well as test facilities and offices.

The 7,300 sq m scheme was completed earlier this month although the complex began turning out bikes just six months after the project team was appointed last year.

Others to work on the job include QS Stace, structural engineer Cundall and services engineer Couch Perry Wilkes.

Norton was founded in 1898 and went into administration at the start of last year before being rescued by Indian motorcycle giant TVS Motor Company.