A ‘no deal’ Brexit would cause huge uncertainty for EU workforce, says Construction Leadership Council

The Construction Leadership Council has called on the government to review its proposed migration system in the event the UK crashes out of the EU with no deal, including “significantly” reducing the current £30,000 annual salary threshold.

In a new report on a range of likely skills and labour issues in a ‘no deal’ scenario the CLC said the prospect of leaving the European Union without a deal would generate uncertainty among the more than 165,000 EU citizens currently employed by the UK construction industry, which would be “especially damaging” for those individuals. 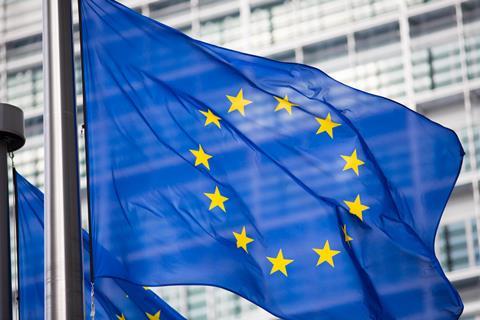 The CLC said the government must review its proposed future migration system “to ensure it is fit for purpose for construction and to avoid dramatic labour shortage in the sector”.

It called on ministers to set the salary threshold for a skilled worker at the median level, “which is significantly below the £30,000 currently proposed” and lower the required qualification level for a skilled worker to NVQ Level 2 “to reflect the industry skilled status”.

It also wanted to see short-term worker visas extended from 12 to 24 months “to allow the industry to meet its short-term workforce requirements” and in the event of a ‘no deal’ Brexit the mutual recognition of qualifications across the EU and UK had to be prioritised.

The CLC also called for the construction industry to “proactively provide information to its EU employees about how to secure ‘settled’ or ‘pre-settled status’ in the UK, as well as helping to provide any additional evidence that may be requested by the Home Office for the application”.

Mark Reynolds, Mace’s chief executive and CLC skills workstream lead, said the industry needed to collaborate to ensure that its EU employees were supported in securing their right to work in the UK after Brexit.

“We are calling on Home Office ministers to meet with us to discuss our report and the changes that our sector needs to avoid significant disruption,” he added.

The CLC said its recommendations had the backing of more than 100 industry leaders.