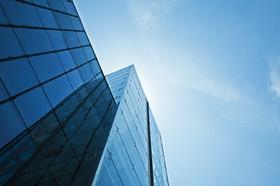 Developers Derwent London and tenant PwC told the conference they had taken control of buildings where they’d had to pull out excess mechanical and electrical (M&E) work they didn’t need.

John Burns, Derwent London chief executive, said: “Many buildings are over-specified. A lorry just turns up and pulls it all out”.

Christopher Richmond, head of real estate at PwC, also told the conference the firm had regularly had to “strip out excess M&E we don’t need”.

The firms urged suppliers to work with developers and tenants earlier to establish what M&E work is required on developments, or whether the works can be made more flexible.

Meanwhile, in a sustainability seminar, Richard Francis, director of sustainability at Gardiner & Theobald, said emerging mobile technology such as thermal scanners would soon be “widely available” and would inform the public of the “performance gap” between buildings’ “environmental credentials and their actual performance”.

Francis added: “We’re just a short few steps away from an occupier being able to instantly say how their building operates compared to its neighbours.

“The performance gap will become better known and this will be aided as much by individuals as experts.”

Alan Bainbridge, property director at the BBC, called for the construction industry to “develop better solutions” for sustainable buildings.

Bainbridge urged suppliers to take their lead from the simplicity of technology products “like the iPhone” and provide “just enough to allow adaptability”.