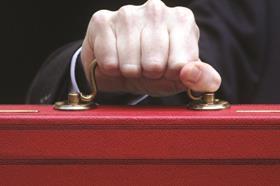 Industry bodies have called on the chancellor to boost construction in his forthcoming budget, through a range of measures including increased capital spending on repairs and maintenance and fresh drive to improve the energy efficiency of buildings.

In submissions to the Treasury ahead of the chancellor’s budget on 20 March, the Institution of Civil Engineers (ICE), the Construction Products Association (CPA), the Federation of Master Builders (FMB) and the Civil Engineering Contractors Association (CECA) all called for the government to boost economic growth by supporting the construction industry.

The CPA called for the government to implement “practical policies” that would help support its “dual mandate of growth and achieving its medium-term deficit targets”.

The ICE urged the government to use the budget to implement a raft of measures to speed up the delivery of the National Infrastructure Plan (NIP), in order to move it from “a rhetorical commitment to a programme of work that can deliver wide benefits in both the short and long term”.

The ICE called for the government to:

The FMB called on the government to focus on energy-efficient house building, with chief executive Brian Berry asking the chancellor to divert funds into a “massive public-sector programme to improve the energy-efficiency of Britain’s existing 26m homes”.

He said this would boost GDP by 0.2%, create 130,000 jobs and help the government meet its own targets for cutting carbon emissions.

The FMB also called for a VAT to be cut from 20 per cent to 5 per cent on home renovation and repair. “Britain’s ageing housing stock is deteriorating as home-owners can’t afford to get work done. Families are trapped in a vicious cycle, in which they can’t afford to move and planning red tape makes it harder to alter their homes to meet changing need,” said Berry.

“Cutting VAT on renovation and repair would give a shot in the arm to beleaguered builders, create jobs and encourage householders to make their homes more comfortable, affordable and energy-efficient.”

CECA set out a list of infrastructure priorities that need to be addressed “if the sector is to fufil its potential in returning growth to the UK economy”.