A third of builders cut staff in tough start to year 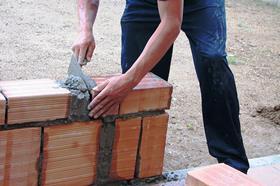 Nearly a third of small and medium UK building firms have shed staff in the first three months of 2013, a survey by the Federation of Master Builders has revealed.

Respondents predicted that wages, materials and output prices would all go up in the next six months.

Brian Berry, chief executive of the FMB, said a fairly positive set of results in the final quarter of 2012 had indicated the “industry may be turning a corner”.

“These latest survey results, however, paint a bleak picture, and our members are telling us that they are faced with the unenviable choice of putting up their prices or laying off staff,” he said.

He called on the government to cut VAT on home improvements to help stimulate activity in the industry.