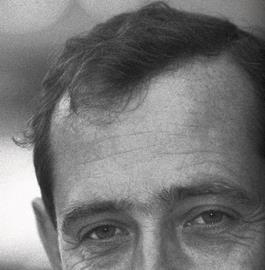 Industry leaders have welcomed MPs’ calls for a “chief construction officer” to be appointed in Whitehall.

In a long-awaited select committee report into the industry, published on Wednesday after hearings earlier this year, MPs said a high-profile “construction champion” was needed to oversee change in the sector and improve public sector procurement.

Peter Luff, chairman of the Select Committee for Business, Enterprise and Regulatory Reform (pictured), which wrote the report, said: “The model that came to mind was the chief scientific adviser. We need a person with access to the prime minister who can be a voice within government.”

He said the post was likely to sit within BERR.

Rudi Klein, chief executive of the Specialist Engineering Contractors Group, said: “We like the proposal for a chief construction officer. We’d like somebody with a high profile.”

Richard Diment, director general of the Federation of Master Builders, said the proposal was “encouraging” but added that he was disappointed the committee had not called for a ministerial-level post.

He said: “We were very concerned about this fragmentation in the way industry is overseen across government and the report has come up with a solution.

Not the best solution, but a solution.”

The call was one of a series of recommendations aimed at using the government’s position as the biggest construction client to bring about change in the sector.

It criticised departments for failing to engage with the supply chain early on, causing them to “miss out on efficiencies that would deliver a cheaper and better quality end-product” and called for procurement expertise to be shared throughout the government.

Luff said: “There’s no excuse for local authorities making mistakes when they’re commissioning schools, for example, because we build schools all the time.”

The report touched on a wide range of other matters, including training. Here the MPs said it was “scandalous” that only a quarter of companies offered apprenticeships.

The report has come up with a solution. Not the best solution, but a solution

It also called for the Building Regulations to be simplified. Luff said the regs were “one of the worst manifestations of how the government makes life difficult for business.”

The MPs added that they were “disappointed” by the lack of enthusiasm shown in bidding for Olympics projects and hoped for a better response to the remaining contracts.

The government is expected to respond by mid-October.

What the industry thinks

The chief construction officer is a means to an end. Putting somebody there in itself doesn’t mean anything – they’ve actually got to do something.

It is essential that this champion has the experience and standing to command respect from business and government and has the clout to deal directly with key ministers.

We are pleased that the underlying theme in the report is that the industry and government need to put emphasis on greater collaboration, better teamwork and the earlier involvement of the supply chain.

The recommendations demonstrate that the committee understands that unless there is positive intervention in the industry, workers will be exploited and are at risk of being injured or killed while at work.