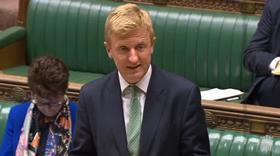 The government has given its blessing to Interserve’s administration saying it has prevented the firm from going under completely.

Last Friday’s move put an end to a weeks-old running battle between the stricken contractor and its biggest shareholder.

Interserve collapsed into a pre-pack administration last Friday just hours after US hedge fund Coltrane Asset Management led a shareholder rebellion against the board’s proposed rescue plan that would have handed lenders 95% of the business and left shareholders hanging on to the remainder.

Instead it is now in the hands of its lenders with the move meaning more than £800m of debt has been written off and over £100m of working capital sunk into the business.

In the House of Commons on Monday evening, Cabinet Office minister Oliver Dowden (pictured) said: “[Interserve’s] position has strengthened considerably. It has £100m more on the balance sheet and it has reduced its debts considerably. I can reassure every one of the employees that their jobs and pensions are not at risk as a result of the restructuring.”

Dowden told MPs comparisons with Carillion’s collapse last year were unfair: “The situation with Carillion was very different. It had problems across all its contract base and issues with its management.”

Attention is now turning to what the strategy of Interserve’s backers will be in coming weeks and months.

Cenkos analyst Kevin Cammack said: “There is not much value [for the new owners] to be had in the short term, so they will have to play a slightly longer game.

“There is likely to be some level of downsizing of the business […] which will be determined by what level of business the banks think are viable in the future.”

Businesses that could be put up for sale to raise cash include profitable shoring and formwork division RMD Kwikform but Cammack added: “The whole concept of a pre-pack is that it buys you time, you avoid that crash in liquidity and you are not a distressed seller of assets.”

Speculation over the future of the board – whom Coltrane wanted to remove, bar chief executive Debbie White – is also likely to increase.

A source close to Interserve said: “One thing which has been noticeably absent is a statement on the future of the board.”

Among the problems in the new owners’ in-tray is Interserve’s Derby energy-from-waste (EfW) scheme, where Building reported last week the scheme’s clients had threatened to kick Interserve off the job.

A client that did boot it off another EfW scheme in Glasgow two years ago told Building on Monday it would still pursue Interserve for the £64m-plus it reckons the firm owes it for having to repair botched work. “We will take all necessary procedural steps to achieve that,” said Pennon.

And specialists have been told to press for payment guarantees on work they are currently doing for the firm. Rudi Klein, chief executive of the Specialist Engineering Contractors’ Group, said: “Will the new owners meet the liabilities of the supply chain? I’d be asking for written guarantees that I will get paid.”

Interserve officially delisted from the stock exchange on Monday.