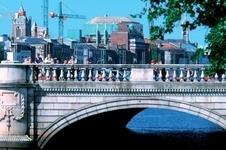 The professional body for Irish architects is considering making a complaint to the European Commission over a competition to redesign the headquarters of the country's electricity board in the centre of Dublin.

The Royal Institute of the Architects of Ireland (RIAI) says the competition, to redevelop the headquarters of the Electricity Supply Board (ESB) on Fitzwilliam Street, risked excluding the majority of practices in Ireland.

According to the Irish Times, the RIAI has complained that a stipulation that practices wishing to take part in the competition have a minimum turnover of €2.5m was “unnecessarily exclusionary”.

Seán O'Laoire, the president of the RIAI, wrote a letter to the ESB in which he claimed that practices including Grafton Architects, winner of the World Architecture Festival's Building of the Year 2008 award, and Croke Park designer Gilroy McMahon would be ineligible for the competition. The body is now considering a formal complaint to procurement chiefs in Brussels.

O'Laoire also criticised the make-up of the competition jury for lacking the “skills and expertise as would be expected in a competition of this scale and national importance”. The Irish Times reported that the jury consisted mainly of serving and former senior ESB officials.

The ESB said that the competition, which closed last week, had received 45 entries from practices in Europe, Canada, Japan and the US.