ISG has won its biggest UK construction job of the year so far with an £89m deal to build a new transport hub in Cardiff.

The scheme at Central Square has been designed by Holder Mathias and is being masterminded by Rightacres, the local developer behind the mixed-use project. 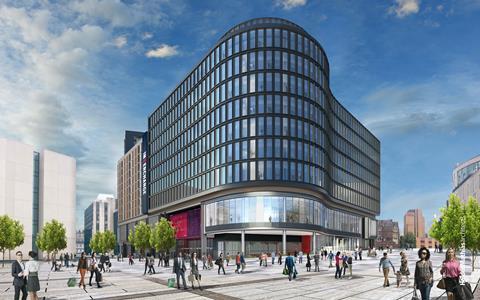 As well as the transport interchange (pictured), Central Square includes more than 300 apartments for the private rented sector and 90,000 sq ft of office space.

ISG and Rightacres have teamed up before for work in the Welsh capital, including the new BBC headquarters building in the city designed by Foster + Partners.

The pair were also behind architect IBI’s Two Central Square office scheme which is home to Cardiff university’s School of Journalism and law firm Hugh James.