ISG has won a £65m-plus office deal to revamp a building next door to the Millennium Bridge in the middle of London.

The existing building, called Millennium Bridge House, was completed in 1988 after the original building at the site was demolished two years earlier. 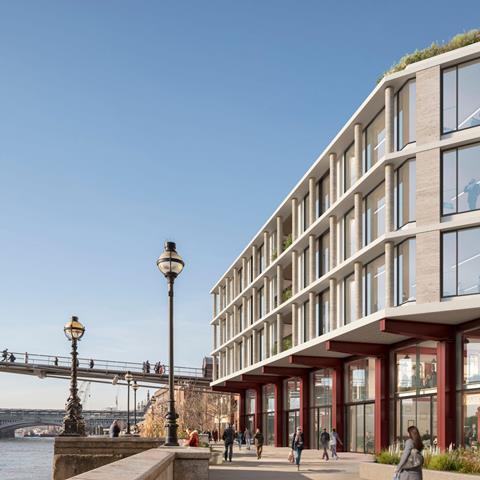 But the building, designed by Seifert & Partners and which took its inspiration from the remains of castle at the site discovered in the 1970s , is now considered dated and in need of sprucing up. It was given the green light by City planners last July.

The makeover has been designed by Piercy & Co and will see partial demolition and partial infilling of the existing structure as well as new roof terraces at levels five and six. A public viewing terrace is also planned.

The scheme hit the headlines last summer when Millennium Bridge architect Norman Foster objected to plans by the project to relocate four steel sculptures on the St Paul’s side of the bridge which he said would “compromise” the view to the cathedral and south to the Tate Modern.

J Coffey has started demolition work, which will see around 60% of the building retained, with ISG due to move on next year with the job finishing in summer 2023.