James May walks across Atkins' Meccano bridge in Liverpool 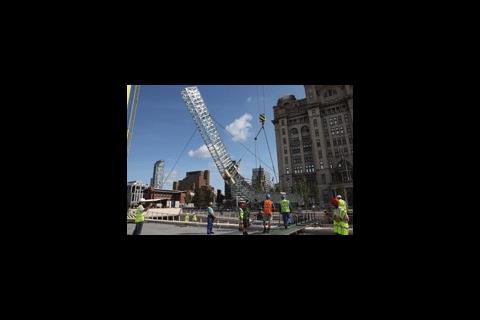 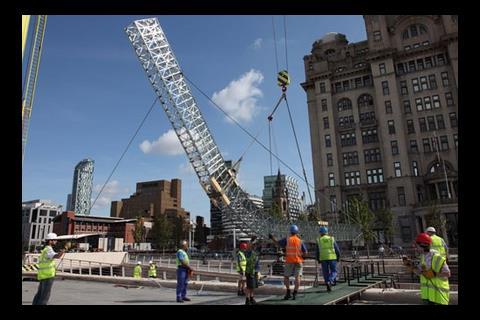 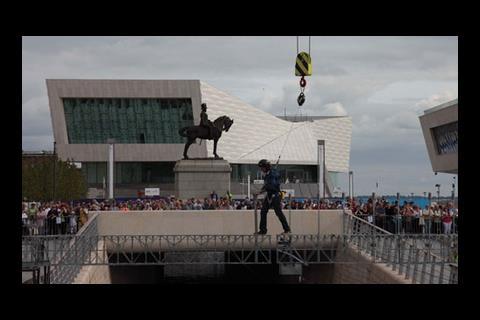 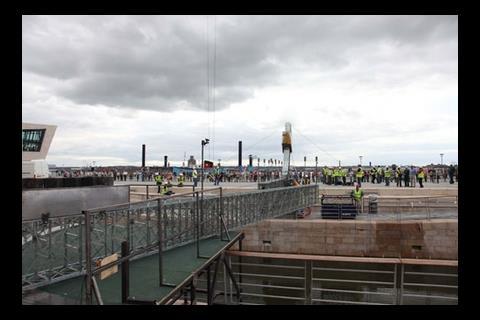 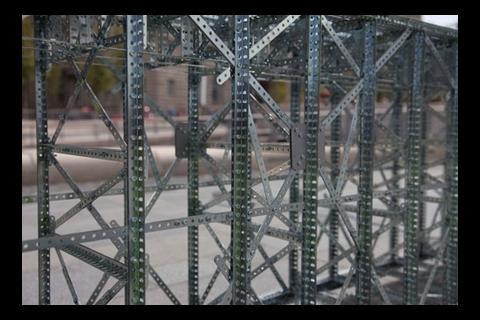 A 23m-long bridge constructed entirely of Meccano was unveiled this weekend. The bridge, which has been created as part of the BBC 2 series James May's Toy Stories, is built using more than 100,000 pieces and includes two moving sections, one of which measures 12m and lowers into place like a drawbridge.

The idea came from three architectural students at Liverpool University, and was selected following a Dragon's Den-style pitch by five competing teams. The challenge of transforming their idea into reality fell to engineering consultant Atkins.

The bridge spans the new Leeds-to-Liverpool canal extension, which runs from the Albert Dock, past the foot of the Liver Building and all the way to Leeds. At midday on Saturday the programme's presenter, James May, walked across the 300mm-wide bridge, which sits 5m above the water.

Hayden Nuttall, design director for Atkins, said ahead of the unveiling: “I grew up playing with Meccano but never imagined I'd have to use it to design a real bridge. There's no precedent for this so it was engineering in the dark, but I'm as confident as I can be that James will make it across in one piece.”

The construction of the bridge was undertaken by students of Liverpool University's mechanical engineering department, with help from the North East Meccano Guild.

Liverpool was the home to Meccano for more than 70 years until the Binns Road “Factory of Dreams” closed in 1979.