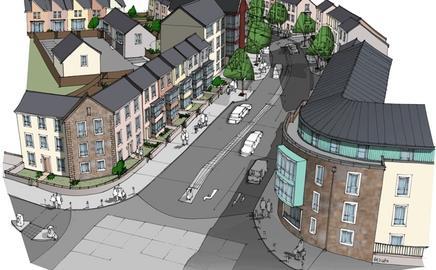 It’s tall, green and tough. It's not the Incredible Hulk, but Japanese knotweed is the nemesis of housebuilders everywhere.

Now one firm, Midas Homes, is spending over £2m on booting it off one of its sites.

Credit: Dankogreen
The housebuilder, which is working with English Partnerships on a 390-home scheme in Camborne, Cornwall, is trying out a new technique for getting rid of the persistent plant. The soil containing the knotweed will be sorted by hand to remove the plants which will be incinerated. The labour-intensive treatment, carried out by TCM (Thurlow Countryside Management), will cost over £2m. It has been used once before on the Olympic park in east London.

“Normally we would remove it from site or use a herbicide similar to Roundup you would use in the garden,” says Glynnis Poole, Midas’ engineering manager, “but herbicide had time constraints and waste disposal is very expensive and there are a very limited number of sites that can take knotweed material.”

Previous applications of herbicide had not worked and it would take about three years to eradicate the plant using chemicals – time the developer did not have. Removing the 70,000m2 of material to landfill would have cost about £5m.

The soil on the site included mining spoil. The man made soil was full of gaps allowing rhizomes of the plant – stems which live underground and send out shoots and roots – to travel underground and making it harder to kill with chemicals.

The man made soil needed to be dug out anyway, so the developers decided to have it treated manually after excavation and put back once it was clean. The cleaned soil will be put back in at a lower level – at least 4m under the surface – so any residual plant matter will be well buried.

“At the moment things are on target both on time and budget,” says Poole. The project should take six months to a year and began at the end of September.