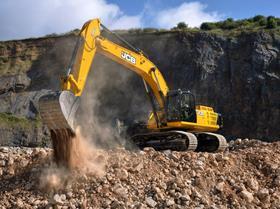 JCB is set to axe 290 UK jobs after blaming a rapid deterioration in the global construction equipment market.

The firm said the slowdown, which started in the summer, has resulted in a big fall in machine orders from customers.

As a result, the equipment manufacturer plans to cut 290 shop-floor positions at its factories in Staffordshire and Wrexham in Wales.

GMB, the union for staff at JCB, has today started a 45 day consultation with the company over the proposed redundancies.

The planned job losses come after JCB announced in September that up to 400 of its staff in the UK were at risk of redundancy due to the economic situation.

Consultations over those redundancies, which are separate to the ones announced today, are ongoing.

JCB CEO Graeme Macdonald said: “Manufacturers in the construction equipment industry are currently facing very tough trading conditions and we have to react to the current market reality to protect the long-term future of the business.

“Regrettably this means taking the very difficult decision to reduce the number of shop floor positions by up to 290 across the UK. As the global economy shows no sign of improving, the short-term outlook remains very challenging.”

It added that parts of Europe are also struggling, with France down by 26%, while strong growth in the UK and North America has softened due to a fall in market confidence over the summer.

The firm said this was partly prompted by low oil and commodity prices in countries which depend on such resources to drive economic growth.

Gordon Richardson, GMB works convenor for JCB, said: “This news is obviously very disappointing but it has been apparent now for some time that global markets have been declining.

“Our job as a trade union is to now work hard to formulate a plan to mitigate the impact of the proposed redundancies.”