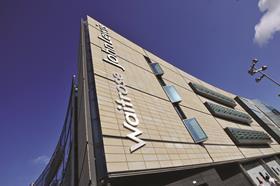 Leading retailer John Lewis is considering writing clauses into its construction contracts to allow it to pay subcontractors directly if main contractors are not paying them swiftly enough, Building can reveal.

Industry experts said the plan from the John Lewis Partnership - which includes the expanding Waitrose chain as well as John Lewis stores - would make it one of the first private sector clients to propose such a system and claimed more firms were likely to follow.

The move comes amid mounting concern over cash flows in the sector. Contractors, including Kier, have said their cash flows are being hit because they are under pressure from public sector clients to pay their suppliers more promptly.

Tony Jacob, head of construction for John Lewis Partnership, said the proposal had been prompted by failures in the supply chain causing problems on previous projects.

He said: “[When payments are late] cash flow suffers, disputes increase and people get distracted from the core activity of designing and building.”

Jacob added: “The main contractors we use are nothing without the supply chain. They’d cease to be relevant - certainly on a fit-out job. Main contractors play a key role in facilitating but they don’t do a lot of building work.”

He said the proposal was under review and a decision would be taken on whether to adopt it in the next couple of months.

Martin Kelly, director at accountant KPMG, said: “I think it’s a well understood concern of the industry that the supply chain is not as well funded as it should be. That’s something that John Lewis are trying to address.

“I would not be at all surprised if others do something similar.”

But he said clients taking such an approach would be “trading certainty and risk for cost” and would probably have to pay a premium for main contractors to maintain the margins they would lose from holding payments for less time.

Kevin Cammack, analyst at Cenkos, said the move was “probably a good thing”, adding that it was “not a million miles away from what government is doing on its projects.”

Cammack added, however, that such a system was likely to prove less popular with the biggest commercial developers.