Solicitor apologises for upsetting architect with suggestion of ‘inappropriate behaviour’ 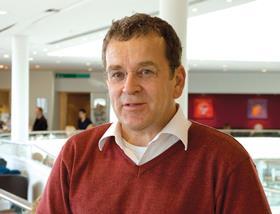 Architect John McAslan dramatically walked out of the Smithfield public inquiry on its opening day after taking offence at a line of questioning.

According to Building’s sister title Building Design, he was being cross-examined about his practice hiring a former English Heritage (EH) director, Paddy Pugh, last year.

English Heritage has backed McAslan’s plans for the redevelopment.

At yesterday’s public inquiry David Cooper, solicitor for Save Britain’s Heritage, which was previously an ally of EH but is contesting the scheme, questioned McAslan about the timing of Pugh’s appointment.

McAslan said: “How is that relevant to the previous question?”

Cooper said it might have meant McAslan knew what English Heritage considered an appropriate height for any development at the market.

But McAslan said: “I really find that offensive, the way you have tried to connect these two incidents, which you obviously did, and the inspector has told you it’s not relevant.

“I really do take exception. I want it to be noted that I take offence at that.

“One of the key things at our practice is the ethos and integrity of the way we work. The only thing that makes me very cross is where there are suggestions, as you have made, that there’s any sense of inappropriate behaviour.”

Then he walked out explaining he was “going to stop for a moment”, leaving the inspector asking the developer’s QC, Christopher Katkowski: “Can you tell me what’s happening?” McAslan returned around a minute later and received an apology from Cooper.

Katkowski said McAslan was “upset” by the questioning and had “taken to heart” a line in Cooper’s opening statement earlier the same day.

This said: “English Heritage has a lot to account for at this inquiry and for their role in this scheme. They have completely changed their position, even though the fundamentals of the two schemes are the same… Paddy Pugh, who was in charge of English Heritage London South East at the last inquiry, now works for John McAslan, the architect, and took part in a recent site visit. He is not giving evidence and one might well ask why. English Heritage’s position is completely inconsistent – the fundamentals are the same as at the previous inquiry.”

The previous inquiry, in 2008, was into a scheme by KPF for a different developer which would have demolished the market. At that inquiry English Heritage and Save were allies, both giving evidence against the proposal which was ultimately thrown out by the secretary of state.

Then English Heritage’s barrister said EH’s London planning and conservation director had also been upset by the statement.

“That irritated Dr [Nigel] Barker but if we are having it clarified that absolutely no inference was being made, that will defuse the situation,” he said.

The inquiry is due to last eight days and finish at the end of next week.