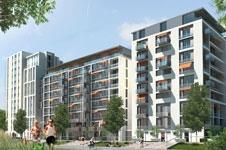 John Sisk and Son Ltd have been awarded the second Tier One contract to build part of the residential development on the athletes' village for the 2012 Olympics.

Lend Lease, the development manager on the project, and the Olympic Delivery Authority confirmed the appointment this morning.

The first Tier One contract was awarded to Ardmore in August. Two further Tier One contracts, which also involve building on residential plots, will be announced before the end of the year.