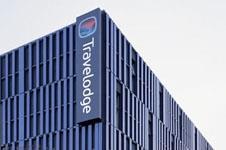 John Sisk & Son has won a £4.9m contract for a mixed-use project in the centre of Lancaster.

The six-storey building will contain retail units on the first two floors, including a Tesco Express, and a 115-bedroom Travelodge hotel on the second to fifth floors.

The 56-week project will include the construction of a traditional Lancaster stone exterior to blend in with the surroundings.

Chris Dyer, director of the north west region for Sisk, said: “Sisk has now completed a number of Travelodge builds across the UK, which demonstrates our capability as not just a national contractor but one that can deliver time and time again for the hotel industry.”

Sisk has built over 1,200 rooms for Travelodge over the past five years and is currently building its 278-bedroom hotel on Waterloo Road in London.