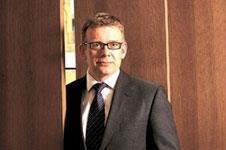 Jon Emery, Hammerson’s head of development in the UK, is to leave the company.

Emery, who has worked for Hammerson for 19 years, is to move to Dubai to join the board of the Majid Al Futtaim Group, in Dubai.

The 42-year-old was behind some of Hammerson’s most famous developments, including the £330m Bullring in Birmingham, with its Future Systems-designed Selfridges, and the Oracle in Reading. His success on the former project led him to become known as “Mr Bullring” in some circles.

Emery has also been responsible for Hammerson’s retail schemes at Cabot Circus, Bristol, with Land Securities; at Sevenstone, Sheffield and at Highcross, Leicester, with Hermes.

Hammerson has yet to name a replacement.

One industry source said: “It must be a huge shock to Hammerson. It’s a little bit like Ronaldo leaving Manchester United.”

John Richards, chief executive of Hammerson, said: ”We would like to thank Jon for his valuable contribution to Hammerson and wish him and his family well in their new lives in the Gulf.”