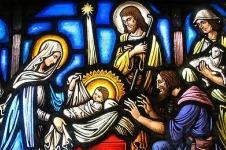 Remains of the first home in Nazareth, which are believed to date back to the time of Jesus Christ, have been uncovered.

Archaeologists discovered the remains of a wall, a hideout and a cistern for collecting rain water. Around 900 sq ft has been uncovered, but reports suggest the home could be bigger.

Yardenna Alexandre of the Antiques Authority, who directed the dig, told the BBC: “The building that we found is small and modest and it is most likely typical of the dwellings in Nazareth in that period.”

The building remains were found near to where angel Gabriel is believed to have informed Mary that she was to give birth to Christ.

It was discovered when builders dug up the courtyard of a former convent in a bid to make room for a new Christian centre.

A spokesperson said it was likely that Jesus and his friends would have known the home, as Israel’s now largest Arab city would have been just a “small hamlet” during his lifetime.