Kent contractor AMCM, which brought in the former boss of Balfour Beatty’s southern arm, Dave Smith, to be its non-executive chairman last month, has changed its name to Claritas.

The £30m turnover firm is also due to move to new offices in Bromley from Beckenham later this month. Claritas, which employs 80 people, is targeting revenue of £45m-£50m in its next financial year which starts in April. 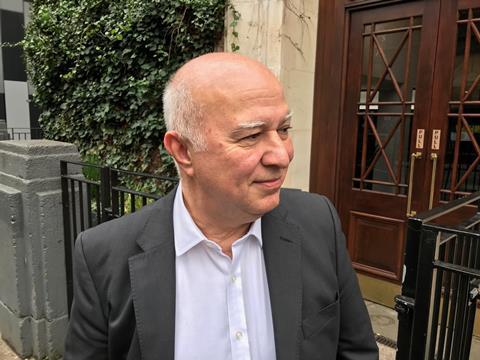 AMCM was set up in 2012 and four of the firm’s five shareholders are former employees of Wates.

They include founder Jon Wardle, a former commercial director at Wates’ social housing arm, as well as pre-construction director Andy Wall and business director Simon Wilkinson. Smith (pictured) was at Wates over 30 years and is a former chief operating officer of the business.

Claritas wants to increase turnover to £150m over the next decade, increasing staff numbers to 300 and pre-tax profit to £10m.