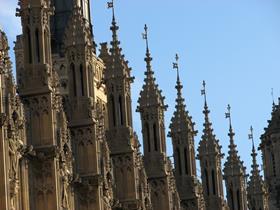 The health and education departments failed to meet government-set targets to slash the cost of their construction projects in the last financial year, according to government figures.

All cost reductions are measured against a 2009-10 base year.

The other five departments exceeded their cost-cutting targets for 2012-13 – some by large margins – with the transport department recording the largest cost reduction of 22%, or £278m, against its 4% target.

The government published the cost reduction breakdowns after revealing at Building’s Government Construction Summit (GCS) last week that the public sector generated a total £447m of savings on construction projects in 2012-13.

In the breakdowns published on the Cabinet Office website, the government discloses the cost reduction targets for each department for each financial year up to 2014-15.

The Cabinet Office is implementing reforms across government to drive the cost of construction down, including the publication of cost benchmarks, the roll-out of building informationmodelling and the sharing of best procurement practice.

The reforms aim to make links across departments to allow the government to act as a single customer.

The government unveiled a new set of cost benchmarks for public projects at the GCS last week.