Contractors named by Inspired Villages include Kier, Vistry and Wates

Legal & General has appointed nine contractors to a framework for its later living business Inspired Villages as it expands its development plans in the South east of England.

Kier, Graham, Vistry, Wates and Willmott Dixon are among the contractors which have been awarded places on Inspired Village’s construction partnership.

The later living firm, which currently has six retirement communities in operations, is now building a further two and has plans to start on site at another four in 2021. 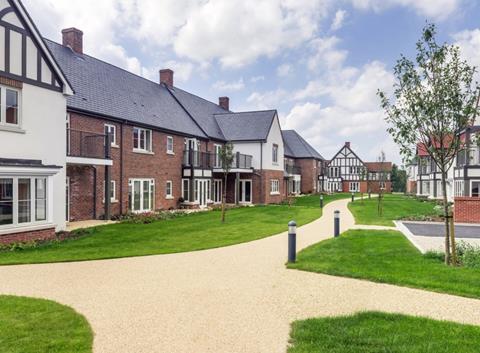 Construction of further residential phases at three of its existing schemes is also currently underway.

The firm, which was set up by L&G in 2017, said that each of its village developments are typically built in three phases over around four years with a construction contract value of between £10m and £30m for each phase.

The nine new construction partners, which also include Castleoak, Highwood, Stepnell and Thakeham, will work collectively across Inspired village’s pipeline of development across southern England and manage the full supply chain for each project.

More than 40 regional and national contractors submitted expressions of interest for the partnership, with winners chosen for their “expertise, ingenuity and ability to work to a predictable and consistent timeline, as well as a track record in delivering the highest quality retirement communities within allocated timeframes and budget.”

Inspired Villages development director Neal Dale said: “The appointment of the south-east partner group will be an important part of streamlining the delivery of our extensive pipeline whilst generating strong partnering relationships with key delivery businesses.”

The firm’s construction director Shaun Whelan added that similar partnerships for the midlands, northern England and Scotland are planned.

Wates, along with Sir Robert McAlpine and Morgan Sindall, has been signed up to similar agreement with Legal and General’s retirement property arm, Guild Living.