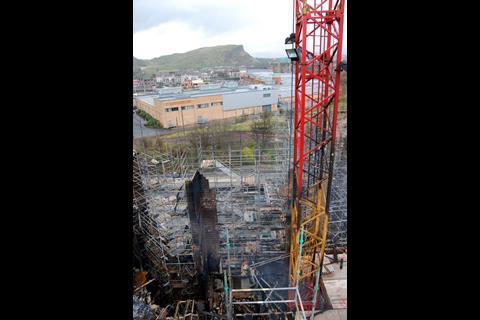 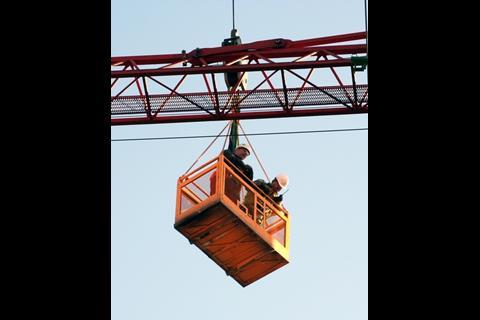 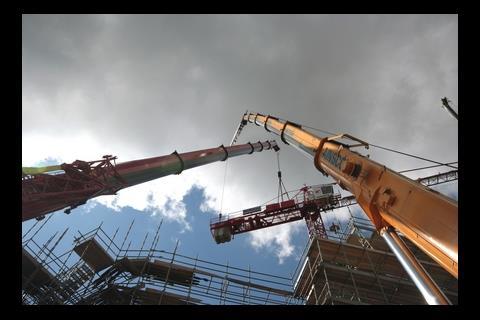 Kier has honoured a recovery team who safely dismantled a damaged tower crane that threatened nearby homes after an inferno on an Edinburgh construction site in April.

Kier Group safety director John Morgan presented engraved silver-plated clocks to five members of the tower crane division of Kier Plant and two engineers from Liebherr, the manufacturer of the crane, in recognition of excellent safety practice during the dismantling operation.

Praising Kier Plant personnel Maurice Gardiner, Brian Fairfax, Kevin Thorp, Paul Linney and Pat Glynn, and Liebherr engineers Christian Jung and Andy Akers, Morgan said: “When I heard about this, I wanted to congratulate these guys for their high standards of safety practice, expertise and commitment in a challenging situation.”

The Liebherr 78EC crane was on hire to Bellway Homes for a timber-framed seven-storey apartment scheme in Leith when fire broke out on 5 April. It rapidly spread, endangering occupied flats on two sides and a railway line behind.

With the crane, the burning structure and its scaffolding threatening to collapse, 100 local residents were evacuated.

Kier Plant personnel were called in and consulted with Liebherr experts. With the 37m tower crane badly distorted, the risk of collapse during dismantling meant that the crane had to be removed before the fire-damaged building could be demolished and local residents be allowed back to their homes.

Kier's Paul Linney, who was in charge of the recovery, drew up a detailed method statement and risk assessment in consultation with the Health & Safety Executive and three mobile cranes were called in to carry out the safe dismantling of the crane.

The operation was completed safely just four days after the initial fire.