Dome-shaped structure to open next year 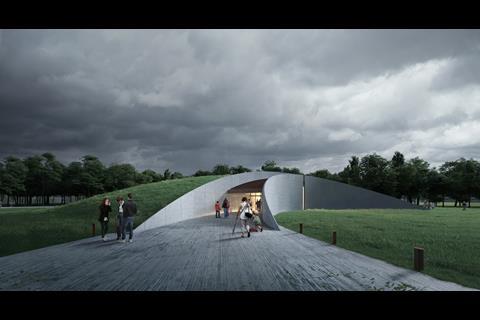 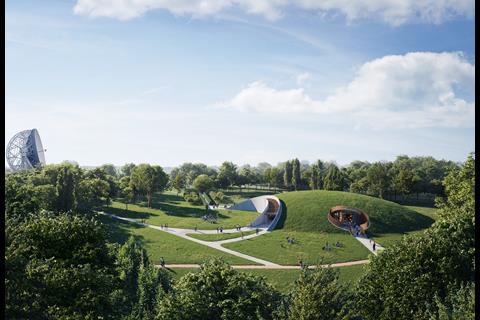 Kier has begun work on a £21m visitor centre at Jodrell Bank Observatory in Cheshire.

The Hassell-designed scheme, called the First Light Pavilion, will be a grass-covered dome 7m high and 76.2m in diameter, the exact size of the Unesco-listed site’s largest radio telescope.

Hassell said it has worked with exhibition designers Casson Mann and astronomers from Manchester university, the project’s developer, to ensure the single-storey structure feels “connected to the sky”.

The entrance space is lit by a single slot window, designed so the sun’s light will fall directly onto a ‘meridian line’ set into the floor at noon on midsummer’s day.

Visitors will circulate clockwise through exhibits telling the story of Jodrell Bank’s role in the early space age and the history of radio astronomy.

A 150-seat auditorium pod, featuring a curved overhead screen for “dynamic and immersive” night sky projections and educational lectures, is at the centre of the scheme.

The Lovell telescope (pictured below) was the world’s largest and most advanced steerable telescope when it was built in 1957. It was the only one capable of tracking the flight of Sputnik, the first ever man-made satellite launched by Russia in October of that year.

Kier is due to finish work next year. 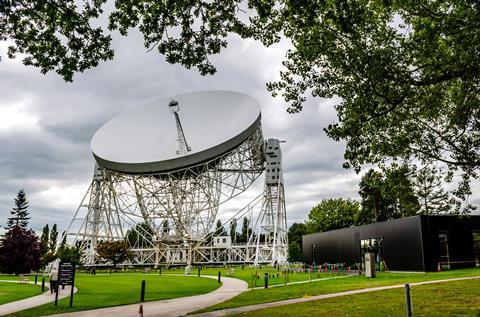