Tempsford Hall has been contractor’s base since 1967

Kier will leave its historic home of more than 50 years at Tempsford Hall this June.

The firm has owned the country house near Sandy in Bedfordshire since 1967 but the headquarters has fallen victim to the cost-cutting drive of chief executive Andrew Davies to pay down an average month-end net debt of £395m.

Around 300 staff work at the Jacobean-style country pile which was rebuilt in the late 1890s after a fire. It was given an £11m revamp in 2014 which involved knocking down a 1960s wing and building a new office wing.

Davies said: “The move has started now and will be completed by the end of June.”

The majority of staff are relocating to offices at Rushden in Northamptonshire and Waterbeach in Cambridgeshire. The remainder will move into other Kier offices.

A Kier spokesperson declined to say what would happen to the building once Kier moves out. “We are considering all options once the office closes.”

The firm has also moved out of its Foley Street office in London’s Fitzrovia as part of the restructure being implemented by Davies.

Kier has an office in Marylebone’s Cavendish Place but the spokesperson said no decision had yet been taken on where the firm’s new head office will be.

More than 1,250 staff will have left the business by the time Kier’s financial year closes at the end of June. It spent close to £17m on redundancy costs in the first half of its current financial year..

The number of staff left at the business will be around 18.000 once the cull is complete. The firm said it will produce cost savings of at least £65m a year by June 2021.

Announcing its interim results last week, the firm said the sale could run into next year. Davies added: “I’ve always said it takes two to tango. It’s a good business and we’re not going to be backed into corners and be a forced seller.”

In its interim results, Kier said it had now classified the business, which employs around 550 people and operates from five regions with bases including Leeds, Solihull and Marlow in Buckinghamshire, as discontinued.

It said the housing business made a £4m profit in the six months to December last year, down from £9m last time, but this was wiped out by £59.5m of exceptional items. 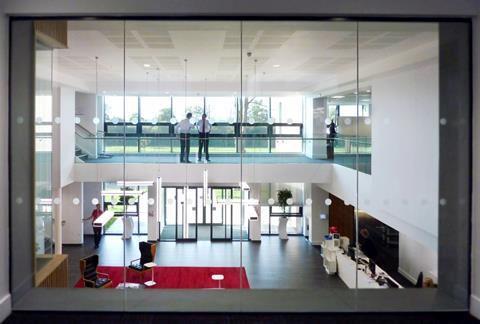 The building was given an £11m makeover six years ago