Kier has chalked up an £87m job to replace England’s oldest operating theatre at Musgrove Park Hospital in Somerset.

The contractor has been appointed by Somerset NHS Foundation Trust to build a new surgical centre to replace the Taunton hospital’s critical care unit, which was built in the 1940s. 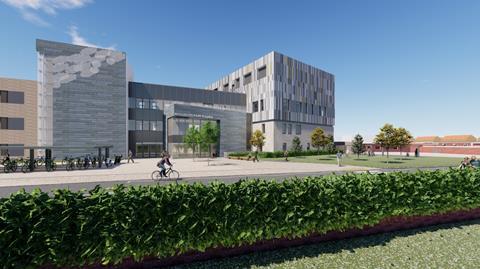 Kier is already on site carrying out enabling works and will start this month building the centre’s sterile services department. Main construction work starts next year with completion scheduled in 2024.

It is one of three BDP schemes at the hospital designed as part of the Trust’s Musgrove 2030 transformation programme.

The hospital’s transformation programme also included a £300,000 refurbishment of the maternity unit which was completed in October last year.

The programme aims to modernise a number of the facilities at the hospital, which was originally built during the Second World War as a temporary evacuation hospital for the D-Day landings, with other buildings added later in the 1940s.